The former Provost, Federal College of Education (Technical), Asaba, Ezoem Nwanze Ignatius, has been arraigned by the Independent Corrupt Practices and Other Related Offences Commission, (ICPC) before the Asaba Federal High Court, on allegations bordering on corruption and fraudulent acts.

He was arraigned alongside a former Director of Works in the institution, Chukwuka Jonas Ifechukwude, as well as the registrar, Ugbeche Linus Ifeanyi 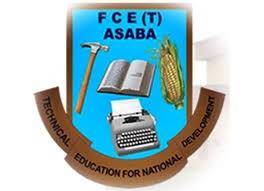 This comes after a petition was sent to the ICPC by a whistle-blower and the Head of Physical Planning Division of Works and Services Department of the college, Joseph Ameh, over a series of corrupt practices in the institution. Ameh was subsequently sacked last year by the institution following the petitions to the commission, and he had alleged that there were threats on his life, among others.

The corrupt practices allegedly involved the incumbent Provost, Josephine Anene-Okakwa, acting Director of Works, Ibhafidon Ehimen, with the support of members of the governing council of the institution.

The whistleblower had alleged that they were differences and overpayment by the former director of works, Chukwuka Jonas Ifechukwude, Anene-Okakwa, and governing council chairman, Ibrahim Olufemi, to Davoris Nigeria Limited for the construction of an administrative block at the college, amongst other projects.

The case has been adjourned till April 20, 2021, for the continuation of the hearing.