A picture making its rounds on social media captures the moment a young boy who hawks sachet water was signing on the shirt of a new graduate.

The student had just concluded his final exams, and as the custom in most tertiary institutions in Nigeria, he wore a white shirt for his colleagues, friends, and loved ones to sign on it, signifying an end to an academic journey. 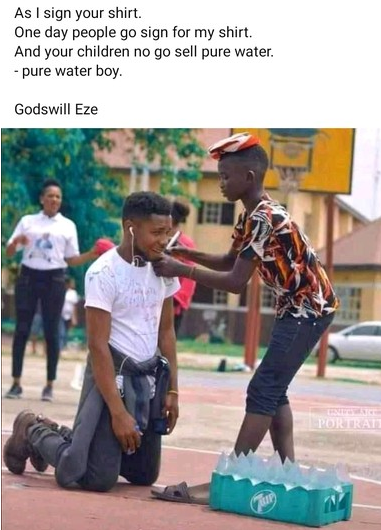 During the celebratory mood, the young boy reportedly approached the student and requested to sign on his shirt. The final year student obliged and knelt down for the boy to sign.

The photo has generated series of reactions from social media users.