ABUAD first-class graduate thanks Davido for partly funding his education

A Nigerian man who recently graduated from Afe Babalola University, Ado Ekiti after he dropped out of a school in England due to lack of funds, has revealed how Singer Davido contributed to the success of his academics.

According to @ojaysanya, he had returned to Nigeria because he couldn’t afford an education in England. A ‘gofundme’ account was opened to raise funds for his education. 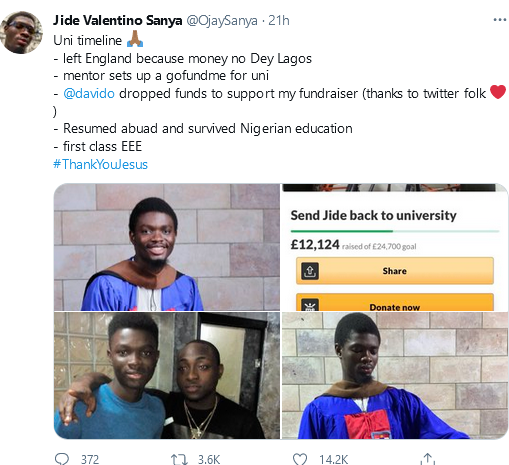 He revealed that Davido’s huge contribution to the fund account was part of the reason he was able to complete his university education.

He has now graduated with a first-class degree from ABUAD.