A private school in Kafe, Life Camp area of the Federal Capital Territory, Abuja, was attacked by a seven-man robbery syndicate, carting away with laptops, money, and other valuables belonging to the proprietor and the teachers of the school.

The robbery gang was arrested by police operatives from Life Camp, during a routine patrol along Durumi, Wuye, and Kafe-Life Camp areas of the FCT. 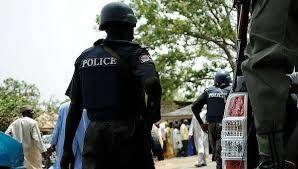 Stolen items recovered from the suspects include; one HP laptop and one Apple Mac laptop.
The FCT Police Public Relations Officer, ASP Yusuf Mariam, stated that the suspects would be charged to court at the end of investigation.