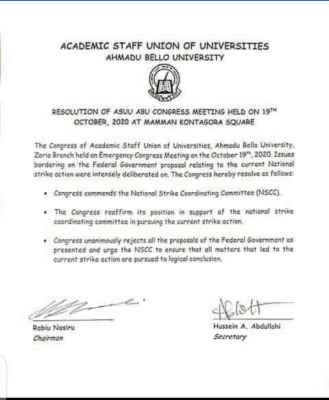 2. The Congress reaffirms its position in support of the national strike coordinating committee in pursuing the current strike action.

3. Congress unanimously rejects all the proposals of the Federal Government as presented and urge the NSCC to ensure that all matters that led to the current strike action are pursued to a logical conclusion.