The senior staff Association of Nigerian Universities (SSANU), and the Non-Academic Staff Union (NASU) has threatened to embark on a two-weeks warning strike starting from Monday, October 5, should the government not meet their demands.

The decision for the industrial action was reached after a meeting by its Joint Action Committee (JAC), today Friday 2nd October 2020, at the University of Lagos. 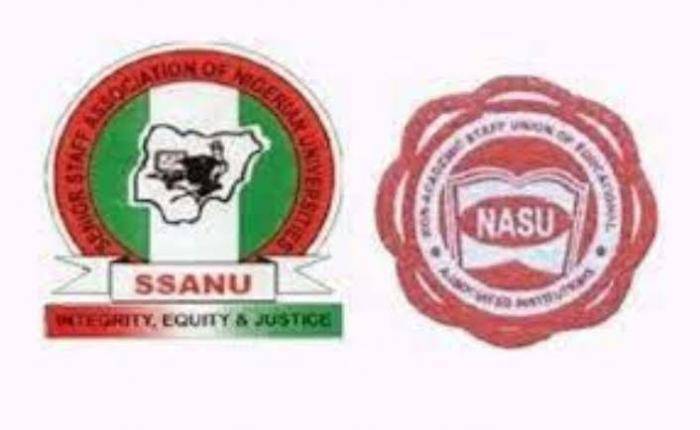 In their address to newsmen, SSANU and NASU chairmen, Olusola Osuwunmi and Kehinde Ajibade revealed that the strike action involves all public Nigerian Universities.
According to the unions, the decision to embark on the industrial action was as a result of the unwillingness of the federal government to implement and meet their demands, which includes 10 months non-payment of arrears of their minimum wage, inconsistency in the implementation of the IPPS platform, poor funding of Nigerian universities, non-seriousness in re-negotiating their 2009 agreement, amongst others.
The Association also warned that they would embark on a total strike if their demands are not addressed by the federal government while the warning strike last.