The attention of Management has been drawn to misinformation trending on social media, in which the Cross River University of Technology is said to have released date of resumption for the 2019/2020 academic session.

We wish to state, categorically, that the said information is totally false and does not emanate from the University or any of its organs. Rather, it is a fake publication aimed at misinforming the general public. From investigations, Management has identified that the mischief-maker(s) merely copied and inserted our university’s name in another fake announcement credited to another university. 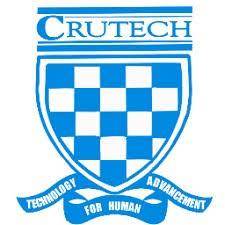 While waiting for official directives on resumption, we implore the general public to discountenance the fake information in circulation. In line with the directives of the Presidency and of the Governor, Senator Prof. Ben Ayade, Cross River University of Technology will release resumption details in due course.

In the meantime, we wish to remind the general public to adhere to all Covid-19 regulations released by the State Government and the NCDC.