Nigerian Students are Now Beggars in the UK – NIDCOM Chairman

The Chairman of Nigerians in Diaspora Commission (NIDCOM) Abike Dabiri-Erewa, has appealed to the Niger Delta Development Commission )NDDC) to pay the allowances, tuition, and other incentives of students on its scholarship scheme in the United Kingdom as most of them have turned to beggars on the streets of the UK.

The plea comes after scholars under the Niger Delta Development Commission scholarship scheme staged a protest at the Nigerian High Commission in London for non-payment of tuition fees and other accrued allowances by the commission. 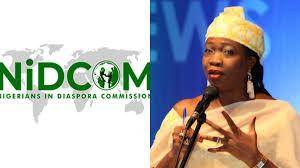 At the recent probe of the NDDC by the National assembly, It was revealed that Nigerian students awarded scholarships to some universities in the United Kingdom, have been abandoned by the commission as they have not received a dime in allowance or school fees from the commission